When mounting ATS Acoustics Ceiling Panels, or any type of panels that require mounting, it is especially important to make sure that the installation is secure and safe. Here are some safety tips and reminders for when you mount your ceiling panels:

END_OF_DOCUMENT_TOKEN_TO_BE_REPLACED

Customer Insight: Jess Duda, the Creator and Host of “In My Living Room” and “The Day Job Artist.”

“I was developing two podcast series featuring live performances by musicians, comedians, poets, novelists, and playwrights as an independent producer at Dubway Studios in Manhattan. I chose this studio because the owner, Al Houghton, whom I met in a film collective, kindly offered me a discount during the start-up phase.

Stelth Ulvang of The Lumineers in front of an ATS sound panel as a reprinted watercolor by Robyn Jordan Photo credit: Liam Liu, courtesy of Kindred Spirits Media

After I recorded the first pilot, which featured the political work and performances of social justice artists, I was about to start pitching the series to distributors. At the last minute, I attended a friend’s house concert for her debut album release party. Low and behold, Stelth Ulvang, a member of the band The Lumineers, showed up. He had just gotten off the plane from Uganda where he was playing at a three-city music festival to prevent the spread of HIV. Upon deplaning, he saw a friend’s post on social media to attend a house concert in Brooklyn, and decided to come by and play. He knocked the walls down with his energy, guitar, voice, and storytelling. The experience of seeing a world-class musician play in such an intimate space inspired me to move the podcast from the studio into my living room in Brooklyn, NY.

END_OF_DOCUMENT_TOKEN_TO_BE_REPLACED

ATS Acoustic Ceiling Panels are a highly effective, environmentally friendly acoustical application that fit easily in regular drop ceilings. For convenience, these ceiling panels fit easily in standard 24” x 48” and 24” x 24” ceiling grid systems. With these standard sizes, ATS Acoustic Ceiling Panels can be discreetly placed in a multitude of spaces such as classrooms, offices, conference rooms, hallways, and more. With more sound absorption than the standard drop ceiling panels, these acoustical ceiling panels will help eliminate sound problems in any kind of environment.

These ceiling panels come in 16 Guilford of Maine fabric colors, allowing you to mix and match the panels for a unique and customized look. Additionally, ATS Acoustic Ceiling Panels are eco-friendly with LEED credit potential. The ECOSE® Technology fiberglass contains no phenol, formaldehyde, acrylics, or artificial colors, and features 58% post consumer recycled materials, making these certified for Indoor Air Quality as a low emitting product by the GREENGUARD Environmental Institute.  These formaldehyde-free panels can contribute credit towards LEED for Schools, LEED for New Construction, and LEED for Existing Buildings, Operations, and Maintenance.

END_OF_DOCUMENT_TOKEN_TO_BE_REPLACED

ATS Acoustic Eco-Panels are the only brand of customized acoustic treatment that provides superior acoustical performance and impressive environmental stewardship. The Eco-Panel’s recycled content provides a healthier indoor air quality than standard fiberglass based panels and can contribute to LEED certified building projects. Core material can be either ECOSE® fiberglass or recycled Cotton material (note that Class A fire rating is not available on the recycled Cotton material). ECOSE® Technology fiberglass contains no phenol, formaldehyde, acrylics, or artificial colors. ATS Acoustic Eco-Panels feature 58% post consumer recycled materials and reduces binder embodied energy by up to 70%. With carbon negative sustainability, these panels also reduce carbon generation during their life cycle.

END_OF_DOCUMENT_TOKEN_TO_BE_REPLACED

The ATS Acoustics Studio Stacker™ is both a portable gobo panel and a portable bass trap in one product. The Studio Stacker delivers exceptional sound control by absorbing stray sound and excessive bass waves. It eliminates sound distortions during recording and live performing, and reduces sound spillage between instruments. These studio stackers are portable and make it easy to travel to all of your recording and performing gigs. An affordable go-between addition to your studio.

ATS Acoustics’ Studio Stacker has a wide variety of fabric colors to choose from. You can choose the same color for both sides of your Studio Stacker or mix and match 2 different colors to suit your style and space. Additionally, the Studio Stacker has 3 frame finishes available: natural, unfinished birch wood, or painted black. If desired, you may apply your favorite paint, stain, or varnish to the unfinished version. Front and back panels are easily removable (six screws each) to facilitate finishing.

END_OF_DOCUMENT_TOKEN_TO_BE_REPLACED

The ATS Acoustic Diffuser is a precisely calculated Quadratic Residue Diffuser (QRD) designed to evenly scatter sound energy and help eliminate comb filtering and flutter echo. Absorption panels can control these problems as well, but can sometimes cause dead sound if too much absorption is used in the small room. Diffusion on the other hand, adds a sense of spaciousness and retains the room’s natural ambiance. Diffusers are most commonly used on the rear wall behind the listening position, but they can also be used at first reflection points on the walls or ceiling. At ATS Acoustics, our diffusers come with a professional installation kit that is included at no extra charge. This installation kit includes aluminum clips, screws, and anchors for neat and secure installation on drywall, concrete, or wood walls. 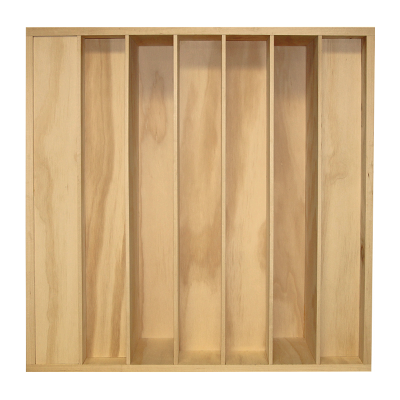 Diffusion is a popular, effective solution used in professional recording studios, listening rooms, and large auditoriums. ATS Acoustics offers diffusers in two different sizes to help fit in any space: 23”x23”x6.5” or 23”x48”x6.5”. The small square version is ideal for stacking, fitting into small spaces, and transporting with ease.

END_OF_DOCUMENT_TOKEN_TO_BE_REPLACED

The idea behind the name Wildcard is to pursue the unknown. Wildcard Brewing Company’s owners left stability for chaos, moved to England to learn the craft of beer making, and started a business in an uncertain economy, all in pursuit of a dream. You’d call them crazy, adventurous, unpredictable… a wildcard. Their story is one of the unexpected; a place where there are no limits, where perseverance and a free spirit will turn dreams into reality.

END_OF_DOCUMENT_TOKEN_TO_BE_REPLACED

How to Reduce Noise in a Restaurant

Every restaurant owner aspires to have a successful business that will result in a full house, however this may come as a double-edged sword. While having a full house is great business, it almost always entails a loud and un-enjoyable experience for the customers. People usually go out to eat to connect with others over a shared meal, but that can be hard when they can’t hear each other speak. Therefore, restaurant owners often turn to noise reducing products to mitigate this problem.

Unlike other noisy spaces such as a gymnasium, restaurants intentionally prefer to incorporate a sleek and attractive view for their space to create a certain ambiance. Because of this, the design and physical appearance of noise reducing products are taken into consideration. Whether a restaurant owner wants a product to be directly in the open or completely hidden, ATS Acoustics has a large selection of products that can fit the needs of any restaurant owner’s vision.

For a more classic look, our original acoustic panels will provide sound relief. The regular square or rectangle shape can give the space a clean, crisp, and organized atmosphere. Our selection of classic acoustic panels provide many options such as hardened edge acoustic panels, tackable acoustic panels, or even eco panels. ATS Acoustics can easily provide products for any space with our custom acoustic panels that can vary in any shape or size necessary for the project.

END_OF_DOCUMENT_TOKEN_TO_BE_REPLACED

Instead of attaching to a wall, like most acoustic panels, baffles are suspended from high ceilings. With a choice of plastic tie and screw mounts or a steel cable assembly, ATS Acoustics’ baffles will be hanging long after installation. They are built to last with their aluminum frame that sits just inside the fabric. With crisp square-edge lines that last, this design on’t look like bags or pillows over the course of time. They are often used in auditoriums, gyms, sports arenas, commercial/industrial buildings, and other large spaces. Sometimes baffles are a better choice than wall panels, because baffles leave the wall space free for a desired look or other uses. Baffles are also more efficient than wall panels because both sides of the baffle are open to the air and absorbing sound. 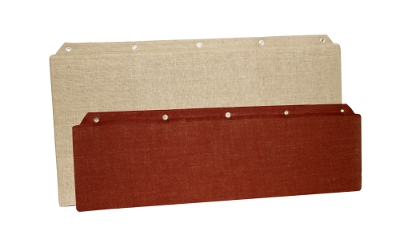 At ATS Acoustics, customers have the choice between two different sizes of baffles: a 24” x 48” x 2” or a 12” x 48” x 2”. Additionally, these baffles have the choice of 27 different fabric colors, including original fabrics and Guilford of Maine fabrics. With our easy-to-read Baffle Installation Guide, you will have your baffle hanging in no time!

END_OF_DOCUMENT_TOKEN_TO_BE_REPLACED

How to Reduce Noise in Coffee Shops Imagine the regular customers that come to your coffee shop. To the right, there are friends catching up after not seeing one another for years. There’s a study group in the corner discussing new theories for their test the next day. Across the room, a business person is writing emails on their laptop. Coffee shops can be busy places, and as a result, coffee shops can be noisy places.

Places like coffee shops would greatly benefit from the use of acoustic panels. With the hustle and bustle of everyday life, sound can be lost in the sea of noises around you. That’s why acoustics matter. Customers want to be able to think. They want to be able to discuss important issues. With acoustic panels, the variety of noises surrounding you can be dampened, reducing the echo in the room.